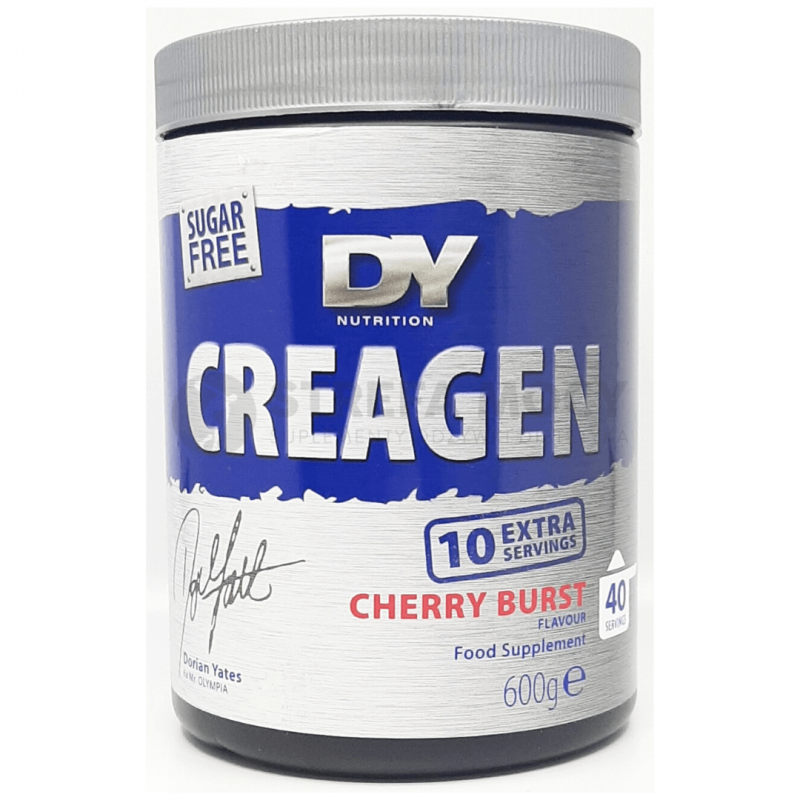 CREAGEN™ is a scientifically engineered, advanced formula designed to help build muscle at the genetic level, triggering protein synthesis through itsunique ingredient blend. CREAGEN™ is the world’s first and only timed-release creatine supplement ever developed, utilizing a special pharmaceutical inspired delivery technology never before seen in the supplement industry! Designed for the bodybuilder, its effects have been shown to be 750% greater than ordinary creatine products for building muscle and increasing size. CREAGEN™ has been shown to increase the body’s natural creatine levels in the muscle 15 times more than normal, triggering rapid increases in size and strength. And not only do levels of creatine elevate, but CREAGEN™ also works to maintain high levels of creatine concentrations, keeping the muscles in an anabolic state all day long. CREAGEN™ is the biggest breakthrough in sports supplementation and the most exciting development in muscle strength and size ever!

CREAGEN™ contains ingredients not only to increase muscle size and strength but also to boost the body’s own protein-building cycle to producemore muscle. CREAGEN™ provides the world’s first disodium creatine phosphate tetrahydrate product, which helps sustain elevated creatine levels in the muscle cells all day long. Creatine works by providing muscle cells with the energy they need to perform more work, through the generation of adenosine triphosphate (ATP), our muscles’ energy source. The result of supplementing with creatine is gaining in muscle size and strength. It has been shown in clinical studies that creatine can significantly increase lean muscle mass in as little as just two weeks. Creatine can also increase cellvolumization through an increased flux of water into the muscles that occurs as a result of increased creatine concentrations, keeping the muscles full, anabolic, and tight.

CREAGEN™ also provides a unique blend of RNA within the Ribonucleic Acid Complex 3, which works to help build muscle at the genetic level by triggering protein synthesis. In each cell, there are subcellular structures called ribosomes and ribonucleic acid (RNA), which are involved in protein synthesis. First, ribosomal RNA (rRNA) joins together as a group to make a polyribosome complex.This is the manufacturing site where proteins, and ultimately muscle tissue, are formed. Secondly transfer RNA (tRNA) moves amino acids to the polyribosome complex so they can be made intoproteins. Finally messenger RNA (mRNA) contains the genetic code of how to make a protein. Like anaudiotape, mRNA runs across the polyribosome complex to synthesize proteins to form amino acids.In other words, CREAGEN™ simply boosts the body’s own protein-building cycle to produce moremuscle.

Take one scoop of CREAGEN™ in the morning and one scoop in the evening with 8 to 10oz of water.
To increase creatine saturation, this product can also be taken 30 minutes prior to a workout.
The product should also be taken on non-training days to maintain high levels of creatine in the muscle cells.